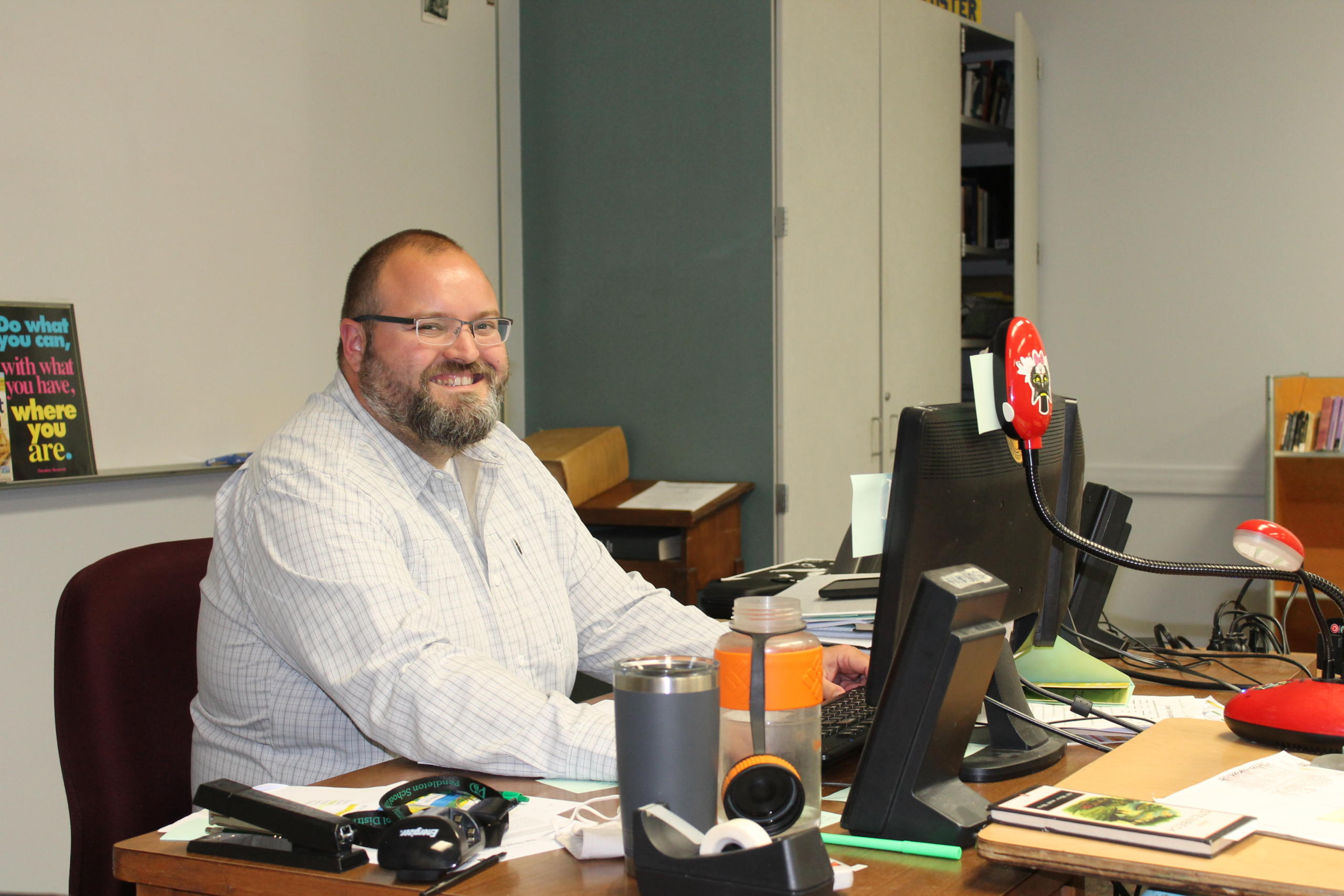 Tim joins the PHS ELA Department, after spending the last seven years teaching and coaching at Nestucca High School on the Oregon Coast near Pacific City.  Prior to that, he taught for three years in Mitchell, Oregon.  Tim’s family is from Pendleton, and his wife’s family is from Walla Walla.  He completed his undergraduate work at Portland State and Pacific Universities and earned his Masters’ from Pacific U as well.  During his career, he has taught both Social Studies and English and coached football and girls’ basketball.  Tim and his family chose to relocate to Pendleton because “Pendleton has great traditions and a lot of community support and involvement.”  So far, he says he has been impressed with the planning and organization that has gone on with distance learning.  He enjoys time with his family and is an avid Blazers fan.